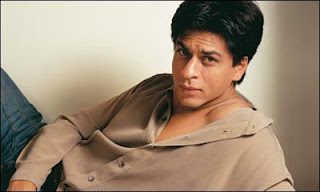 Bollywood King, King Khan has done many item numbers for different films with different heroines in his filmy career but this time he is coming with 3 item numbers at a time for his recent flick ‘Billo Barber’ and that’s also with three top Bollywood Balas.

After doing item numbers with Kareena Kapoor and Deepika Padukone shahrukh is all set to shoot the third item number for the movie with hot and happening Priyanka Chopra. Two names were initially in Shahrukhs mind, Rani Mukherjee and Priyanka Chopra but after Rani appeared on Salman Khan’s ‘Dus Ka Dum’ and knowing there’s no love lost between Salman and Priyanka , the selection ball automatically rolled down towards Priyanka and as a result Shahrukh and Priyanka will be doing the third sizzling item number together.

Since SRK plays a film star in the film he needed to do some glamorous song and dance numbers with top heroines. What shahrukh wants he gets and it was a cakewalk for the megastar to get the leading ladies to do item numbers for his film, said comedy king director Priyadarshan.