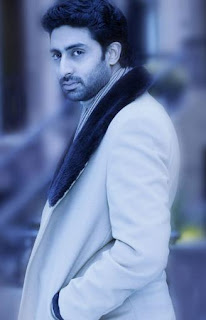 Bollywood heartthrob Abhishek Bachchan is known for many things but definitely not for daring stunts. Junior AB is not doing his stunts for his upcoming flick Dilli 6 and the director has hired a body double to him from Hollywood for the dangerous life risking stunts.

It seems that superhero ‘Drona’ is not a khiladi. The stunts in the movie involve a lot of aerial stunts.

Abhishek and Soonam Kapoor are in lead roles for the film and are paired opposite to each other. Beside these two, other stars in the film are- Amitabh Bachchan, who is playing Abhi’s grandfather in the film; Waheeda Rehman, the grandmother; Rishi Kapoor, Om Puri, Divya Dutta, Atul Kulkarni and Tanvi Azmi. The film’s story is based on Chandni Chowk area of Delhi and the 6 used in the film’s title refers to the pin code of Chandni Chowk, which is 6.
Posted by asha mishra at 3:09 PM