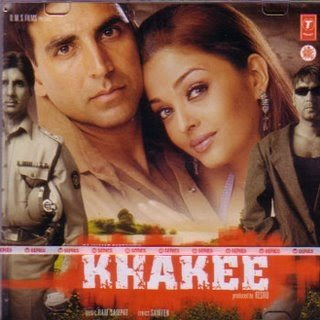 The new king of Bollywood Akshay Kumar and queen of millions of hearts and talented sultry actress Aishwarya Rai Bachchan are ready to set the screen on fire together for the 2nd time after action-packed flick Khaki. This sizzling merge is for Vipul Shah’s forthcoming flick “Action Replay”.
Akshay is vipul’s favorite actor without any doubt and Vipul casted Katrina in two of his biggest hits ‘Namastey London’ and ‘Singh is Kinng’ but this time instead of Kat he opted for Ash. Akshay and Vipul are jointly co-producing the film. The film will portray the era of1950. The shooting is expected to begin in the start of February next year.
Action Replay promises to be an interesting watch and we all are waiting to watch the pair.
Posted by asha mishra at 6:00 PM