Amitabh: I Slept With Gun Under Pillow 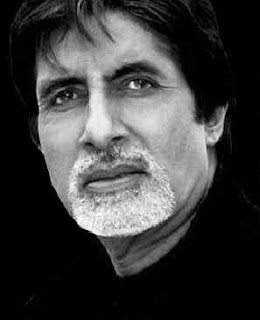 “As the events of the terrorists attack unfolded in front of me, I did something for the first time and one that I had hoped never ever to be in a situation to do. Before retiring for the night, I pulled out my licensed .32 revolver loaded it and put it under my pillow, for a disturbed sleep”. These are the few lines Amitabh Bachchan has written in his blog after the terror attacks in Mumbai.

The veteran actor said that for the first time in his life he slept with his loaded licensed revolver under his pillow.

Big B also writes in his blog “My pain has been the sight and plight of my innocent and vulnerable and completely insecure countrymen, facing the warmth of this terror attack. And my anger has been at the ineptitude of the authorities’ that have been ordained to look after us.

The actor said he was glued to the TV screen late on Wednesday night when security personnel battled the terrorists, who killed 125 people and injured 327 across the city.

He further says, he salutes people who have laid down their lives for us. I can only but salute them and respect their sincerity on the call of duty.
Bachchan says, he bows before the spirit of Mumbai and wishes this spirit never ends.
Posted by asha mishra at 2:21 PM