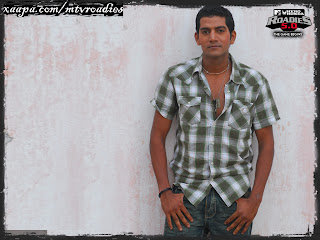 ‘Bigg Boss 2’ winner Ashutosh Kaushik has presented a true story of ‘rags to reaches’. After an eventful stay of 94 days in Bigg Boss house, Ashutosh Kaushik emerged the winner. He belongs to a small town of Saharanpur, in U.P where his only source of income until six months back was a tiny dhaba. Life took a u-turn for him when he won the fifth season of MTV’s reality show ‘Roadies’. Ashutosh survived three evictions while he was in Bigg Boss house. He was often accused of using foul language inside the house and criticized for his unhealthy living habits. Though he shared a good relationship with almost every member in the house but his closeness with former ‘Miss India’ Diana Hayden became the topic of gossip inside the house and caused much flap in the media.

Ashutosh was one of the three finalists on the show after Rahul Mahajan took voluntary exit. He walked away with Rs 1 crore in cash on Saturday night. Raja Chaudhary became the first runner-up and model-actor Zulfi Syed was declared the second runner-up.

Rahul Mahajan won the ‘Bade dilwala’ in the house award and General Motors presented him a car.
Thanks to the ‘Big Boss’ who has made life a lot easier for this small towner.
Posted by asha mishra at 12:51 PM