"Luck By Chance" For Shahrukh And Hrithik 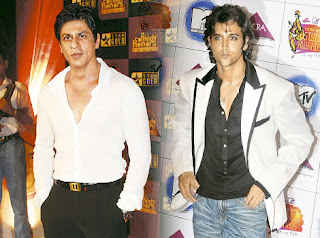 Two heartthrobs of Bollywood Shahrukh Khan and Hrithik Roshan are coming together once again after a long period for the film “Luck By Chance” produced by Farhan Akhtar’s sister Zoya Akhtar. Zoya’s directorial debut is a contemporary take on the Mumbai film industry. Together, Shahrukh and Hrithik were last seen in ‘Kabhie khusi Kabhie Gham’. Zoya is following the path of Farah Khan and looking forward to an “Om Shanti Om” where she would pull a large number of stars for a song.

After ‘Rock On’ which was released in August, ‘Luck by Chance’ will be the second acting venture of Farhan. Zoya is all set to introduce her brother Farhan as the leading man in her debut film. According to sources the film is slated to release on 30th January.

Beside brother Farhan, other actors in the film are Shahrukh Khan; who will be playing himself, Hrithik will be playing the role of a struggling actor who wants to strike big in Bollywood though Hrithik has already made it clear that the audience would see less of the dancer in him. Konkana is playing the role of an upcoming starlet, Rishi Kapoor performs the role of a typical Punjabi Producer while Juhi Chawla plays his wife and last but not the least; Karan Johar will be taking the director’s mantle. Rani Mukherjee and Kareena Kapoor are in guest appearances for the film.
Here’s wishing ‘Luck by Chance’ a grand success at the box-office by any chance.
Posted by asha mishra at 9:35 PM