MY NAME IS KHAN 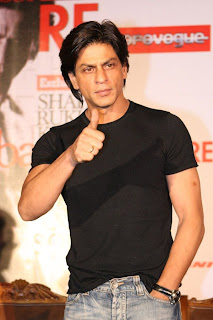 The young director Karan has put his ambitions quite high yes he is targeting the White House, the residence of the US President for his next directorial venture My Name is Khan, staring golden couple Shahrukh & Kajol. The director was in US doing some location shopping and it's being reported that he even applied for a permission to shoot in the White House. What guts yaar!!

Director Karan Johar is directing his fourth movie named by “My Name is Khan” which will star Shahrukh Khan, Akshay Kumar and Kajol. The movie scheduled to release in 2009. This all time hit couple were last seen is Karan Johar's 2001 Kabhi Khusi Kabhi Gam.

My Name is Khan features six people with Muslim name who are viewed with suspicion & forced to endure extra security checks in international airport even after six years of the 9/11 attacks. King Khan says the movie touches him personally. He conveyed “may every one live in the religion of peace after seeing this movie” as the name suggests is not a biopic of SRK. Shahrukh Khan will play just the character who suffers from an anlistic disorder.

According to sources Karan Johar wants to convey a social message through his film which will be a sort of eye opener for many.

The most interesting thing is that 'my name is khan' brings back the golden couple to the silver screen again, and also the film will enlighten the issues faced by some one who is Muslim or the surname is Khan.
Posted by asha mishra at 4:18 AM