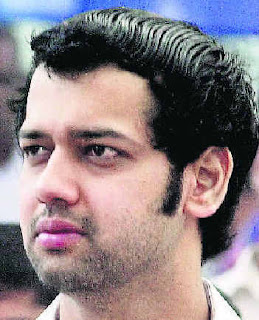 If you think anything could happen only in our Bollywood movies then you are thoroughly mistaken, small screen has ousted them. Rahul Mahajan’s dramatic eviction from ‘Bigg Boss’ house is the unspoken and unseen truth lurking in the background.

The favorite buddy among the inmates and viewers of ‘Bigg Boss’, ‘Rahul Mahajan’ finally evicted out of Bigg Boss. Junior Mahajan and the three other housemates Raja Chaudhry, Julfi Syed and Ashutosh Kaushik demanded ready to eat meal as neither of them wanted to cook but when their request was denied they broke the biggest rule of Bigg Boss and stepped out of the house. The four got caught later and Bigg Boss asked for an apology. Raja, Zulfi and Ashutosh apologized for breaking the rule but Rahul stood firm to his decision of not to apologize and finally on the grounds of disobedience he took voluntary exit on his own decision and that’s also when they were only five days away from the grande finale. He was ready to relinquish the money for the three needy contestants. He was the strongest contender of Bigg Boss house who survived five evictions.

Whatever, but undoubtedly Rahul is the real winner of Bigg Boss. He not only won the audience with his chivalry but also showed the three iron hearts melt in tears for him.
Posted by asha mishra at 2:05 PM