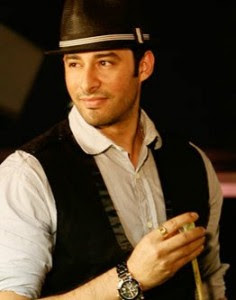 Model-turned-actor and the most shy and soft spoken person among the other housemates in ‘Bigg Boss’ Zulfi Syed, has been noticed by filmmakers after the show and is now getting good offers.

Zulfi denies the fact that he accepted the show to get publicity. He said that, he wanted to be a part of the show not only for money and popularity but because he wanted to see whether he can live without any communication from outside world or not.

Now the actor says he is looking forward to a better career in films. On being asked whether he is disappointed on not winning ‘Bigg Boss’, he said, I was not disappointed and for me, prestige is more important than money.

He won the Gladrags Manhunt in 1997 and did many commercials for brands like Raymond, Levis, Warehouse and many others. Zulfi has made his debut in Bollywood with Pyasa, opposite Yukta Mukhi and Aftab Shivdasani. He has also featured in numerous music videos.

We wish and hope, this tall, good looking and charming supermodel definitely will make Bigg from here.