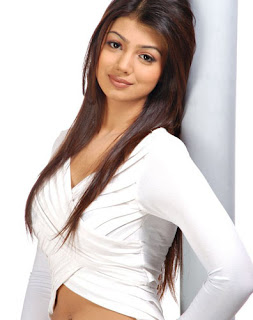 The glam doll of Bollywood Ayesha Takia’s wedding to long time boyfriend and restaurateur Farhan Azmi has been delayed due to terrorist attack on Mumbai on 26th November and now it has been put on hold till mid 2009 but a date has not been finalized as yet and it will be a fairly small and private affair whenever it happens. Ayesha and Farhan have been dating each other for nearly three years.

Ayesha is currently in Greece shooting a song for Boney Kapoor’s ‘Wanted Dead or Alive’. Ayesha said, “We are all shaken up by what happened in Mumbai and none of us are in the mood for any celebrations this year”. The mood is too depressing and solemn.

In the meanwhile, Ayesha is busy completing her schedules for last three projects Ahmed Khan’s ‘Pathsala’, Nagesh Kukunoor’s ‘Tasveer’ and Boney Kapoor’s ‘Wanted Dead or Alive’. The actress had already asked her producers that she won’t shoot in December, as she is planning to quit her acting career after tying the knot with Farhan.

We wish this charming lady all the luck for a happy and striking married life.
Posted by asha mishra at 1:31 PM