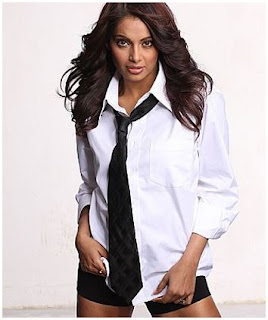 The buzz is that the courageous girl of Bollywood ‘Bipasha Basu’ has left the shooting of Rahul Dholakia’s “Lamhaa” mid way and flew back to Mumbai. Bipasha says that she was actually very much tensed about her security and safety in Kashmir. According to Bips the shooting of the film was getting repeatedly held up due to the huge crowds that would gather and demand the shooting to be stopped.

The unit of ‘Lamhaa’ had faced a lot of opposition in the state and their shooting was disrupted quite a few times; leadings Bipasha to declare that she did not feel safe enough. Also due to unfavorable situation Bips moved out of the Oberoi hotel where the entire unit was staying and shifted to an undisclosed location.

Things came to such a point that one day the actress suddenly left the shoot and packed her bags to return to Mumbai after a crowd watching the shoot went out of control. Though the situation improved a bit later on, Bipasha had by then already decided to leave Kashmir without informing anyone.

There have even been rumors that the film’s makers considered replacing Bips with Vidya Balan. But producer Bunty Walia is confident that Bipasha would complete the shoot in Kashmir and go back to the state in January next year when the next schedule will be held in the state.

Bipasha is playing a Kashmiri girl in the movie.
Posted by asha mishra at 3:15 PM