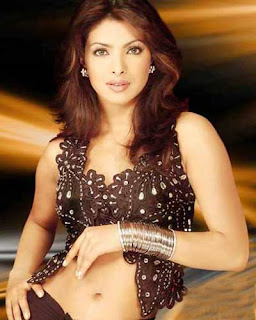 Priyanka Chopra is all set to present what no other Indian actress has ever presented on big screen. She is about to play twelve different characters in one film. This Bollywood bala has managed to score the opportunity to play multiple characters in her next flick ‘What’s Your Rashee?’. The movie will be based on Astrology. Priyanka’s co-star in ‘Love Story 2050’ Harman Baweja will star opposite to her.

‘What’s Your Raashee?’ is inspired from novel Kimball Ravenswood in which the author creates a wide display of characters and sets up some devilishly comical plots through the novel. The director Ashutosh Gowarikar who has mostly helmed realistic films is trying his hand at comedy for the first time.

This is what something different Piggy Chops!
Posted by asha mishra at 4:05 AM