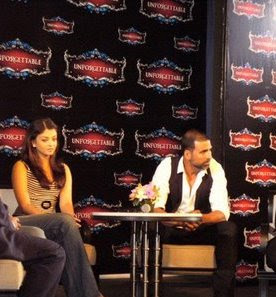 The 60th year of Indian republic is a proud day for Bollywood. 26 Jan 2009, it’s a day when two immensely talented actors of Bollywood, Akshay Kumar and Aishwarya Rai Bachchan were awarded the top civilian honors, The Padma Shree. They awards were given by the government of India.

Aishwarya who has now become the face of Indian cinema has bagged numerous awards in her career and now she has added another honor in her pool while Akshay Kumar has done a lot of hard work to make a place for himself in the film industry. With these two the legendary actress and well known item girl ‘Helen’ was also given the Padma Shree.

Here’s wishing many more prestigious years to come for Bollywood.
Posted by asha mishra at 12:03 PM