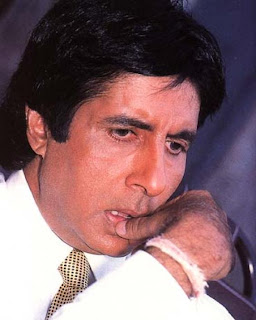 The living legend and superstar of Bollywood Amitabh Bachchan relives the last 40 years of his journey in Indian Cinema with his new biography titled ‘Bachchanalia’is penned by eminent film journalist Bhawana Somaya. The biography is published by Neville Tuli, the father of Pioneerings arts institution Osina’s founded in the year 2000. The biography tells about Big B’s journey in the industry and also focuses on the evolution in Indian cinema along with anecdotes, trivia and snippets of a few of Bachchan’s popular films.

His family members including Abhishek and Aishwariya got together for releasing ‘Bachchanalia’ and Aamir was invited as the guest of honor to launch the book. Filmmaker Yash Chopra was the chief guest at the grand event. ‘Bachchanalia’ got launched in style on January 3, 2009 at Tata theatre. At event, Aamir was all praises for Big B and spoke in glowing terms about the superstar of millennium.

Well, it seems that with 'Bachchanalia', Amitabh has achieved yet another milestone in his career.
Posted by asha mishra at 8:44 PM