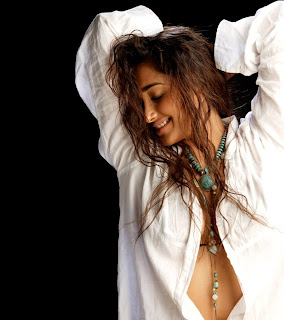 As of now it’s a common news that Bollywood hottie ‘jiah Khan’ and gorgeous actress Asin not being able to get along during the making of ‘Ghajini’. Rumor has it that Jiah was peeved because Asin had more footage than her and also she was not happy with the promotion of the film because Ghajini was promoting Asin more than her.

Jiah clears the rumors by saying that people know me a little here and Asin needs to get a lot of publicity as it is her Bollywood debut and I don’t have any problem with her. Jiah will be seen next opposite to Shahid Kapoor and the buzz is that she will also work with the king of Bollywood Akshay Kumar.

Well! We hope after the huge success of Ghajini Jiah’s Jiya is not green now for Asin.