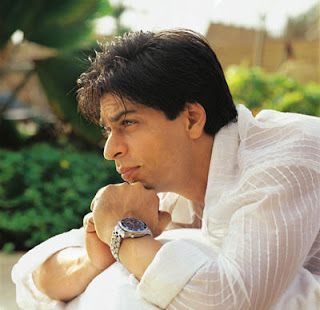 The Badshah of Bollywood Shahrukh Khan has taken a New Year resolution of not to do any more guest appearances or cameo roles in films for friends. Shahrukh has been so generous to his friends that he doesn’t take a single penny for the guest appearances.
Shahrukh’s special appearance in the film have often proved to be the good luck factor for the film but the actor is now fed-up of guest appearances and has decided not to do any more special appearances in the film.
Presently Shahrukh is busy shooting for “My Name Is Khan” in LA, directed by Karan Johar. King Khan who can never say not to friends, has done many guest appearance recently, including films like Shakti- The Power, Kaal, Heyy Babyy, Krazzy 4, Bhootnath and many more.
Let’s see how far SRK can stick with this resolution.
Posted by asha mishra at 1:36 PM