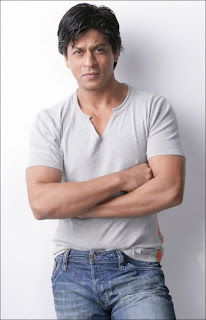 The Badshah of Bollywood Shahrukh Khan is preparing for yet another surgery. Shahrukh has hurt his shoulder in December during the shoot of ‘Dulha Mil Gaya’. The shoulder ligament wore tore while running for an action scene during which Shahrukh fell hard on his arm. The doctor has advised him to go for the shoulder surgery without any delay. So, before leaving for Los Angeles for the shoot of Karan Johar’s ‘My Name Is Khan’ SRK has to go under this otherwise the situation may get worse.

But Shahrukh confirms that he has delayed the surgery since his home production ‘Billo Barber’ will be releasing on February 19th. The actor has previously been operated upon for his back and his knees.
Posted by asha mishra at 2:14 PM