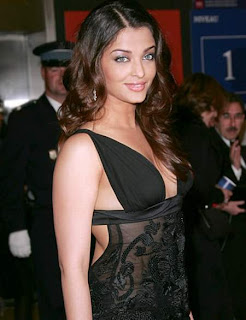 It seems that the awards are raining on Aishwarya Rai Bachchan. After getting Padma Shree the green eyed Bollywood beauty Aishwarya Rai Bachchan has yet another award in her awards kitty. Aishwarya has recently been conferred by the French authorities to receive the prestigious French award, ‘Officer Dan Ordre Des Arts Et Des Lettres’ but unfortunately the actress has been unable to enjoy the awards due to her father’s (Krishna Raj Rai) bad health.

Recently Aishwarya had declared that she will not be receiving the award until her father gets in good health. The second highest civilian award is a big thing but Ash says that ‘it will be a glorious moment but not without my father’ and now since her father is well she has informed the French government to prepare for the ceremony.
Before Ash, the only person in Bollywood to receive this award is Shahrukh Khan and now it’s the lady’s turn to enjoy it.
Congrats Ash!!!
Posted by asha mishra at 4:34 PM